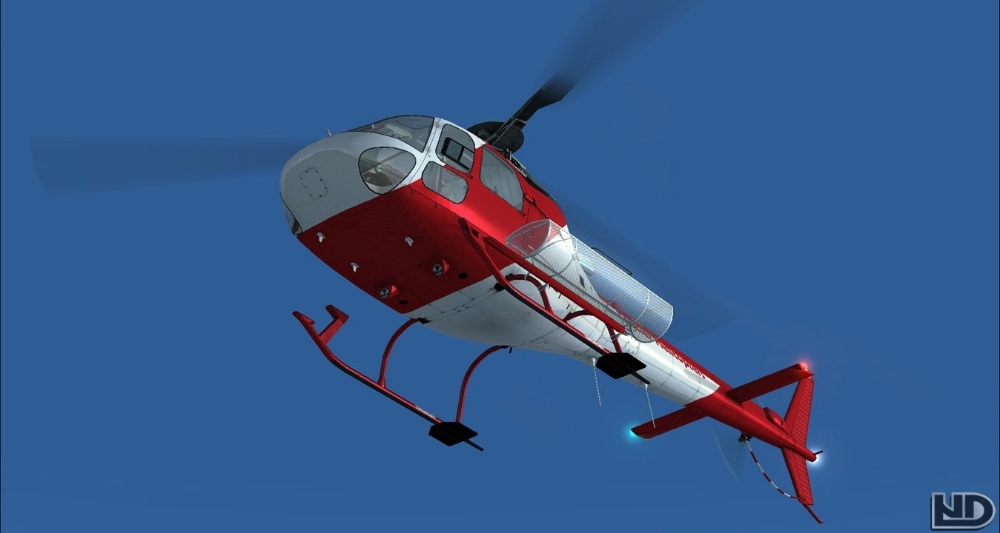 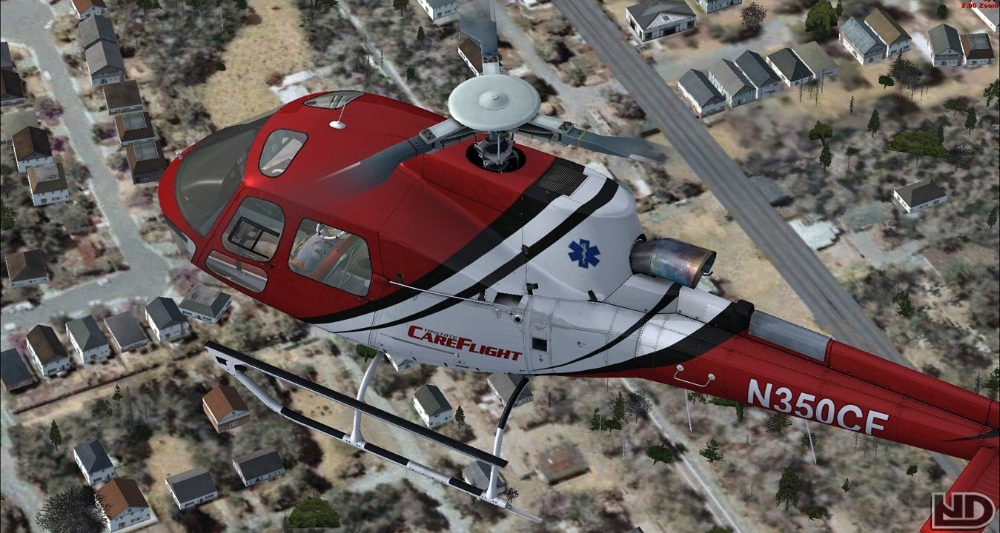 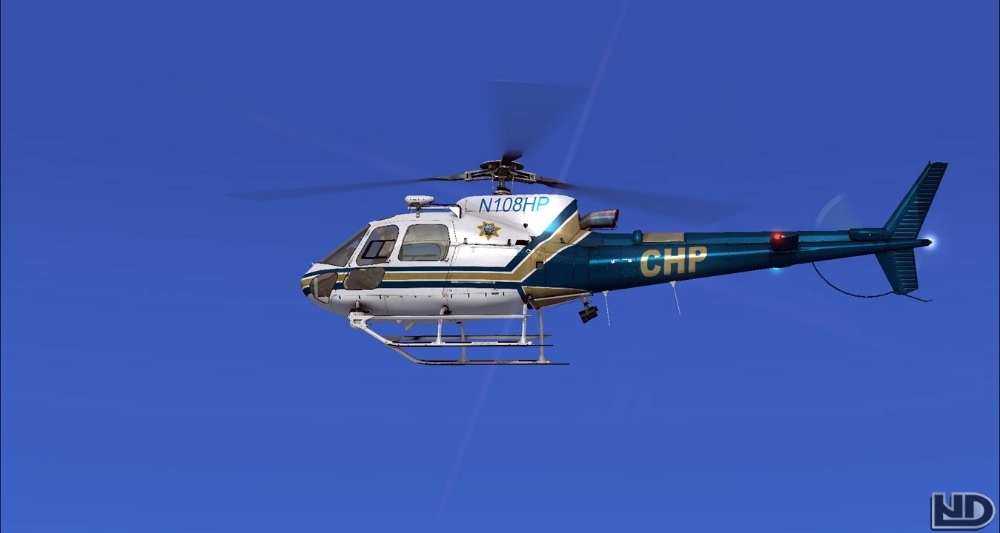 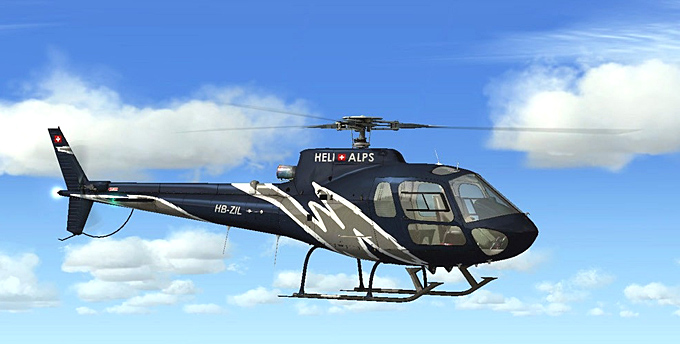 The AS350 appeared first under the Aerospatiale brand label but later in 1992 Aerospatiale and Daimler Benz Aerospace merged their helicopter divisions forming Eurocopter, since then it is recognized under the brand name Eurocopter. All seats in the passenger cabin face forward for optimum view of vision. The single engine AS350 Ecureuil is renowned for its high performance, its safety and its reduced operating costs and it also boasts a low vibration level. It is Europe’s most successful helicopter! The high performance, powerful AS350 B3 is designed to carry out the most demanding missions in the most extreme weather and geographical conditions. Its exceptional lifting power, high endurance, extended range and fast cruise speed make virtually any job looks easy. The AS350 B3 proved its power with a record breaking landing on Mount Everest. The use of composite materials for airframe, rotors and main rotor head combine to give the AS350 B3 lightweight and easy maintenance.

This addon represents the B1 and B3 versions with the following variants:

- Two different versions (B1, B3) with 6 variations overall

- Full support for FSX visual features for both inside and outside(shadows, bump effect, bloom)

- Working hoist systems on the law enforcement and utility variants.