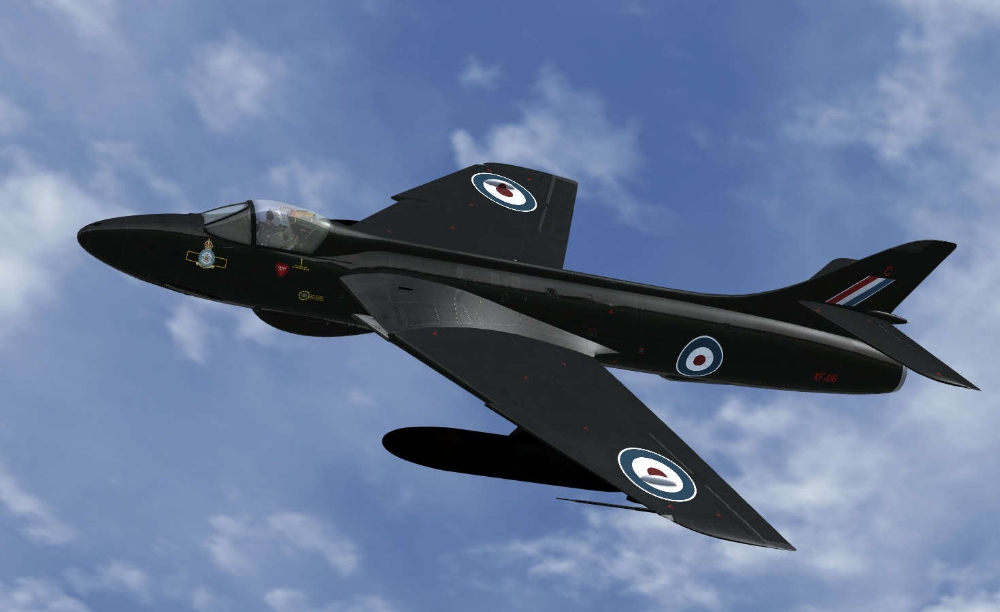 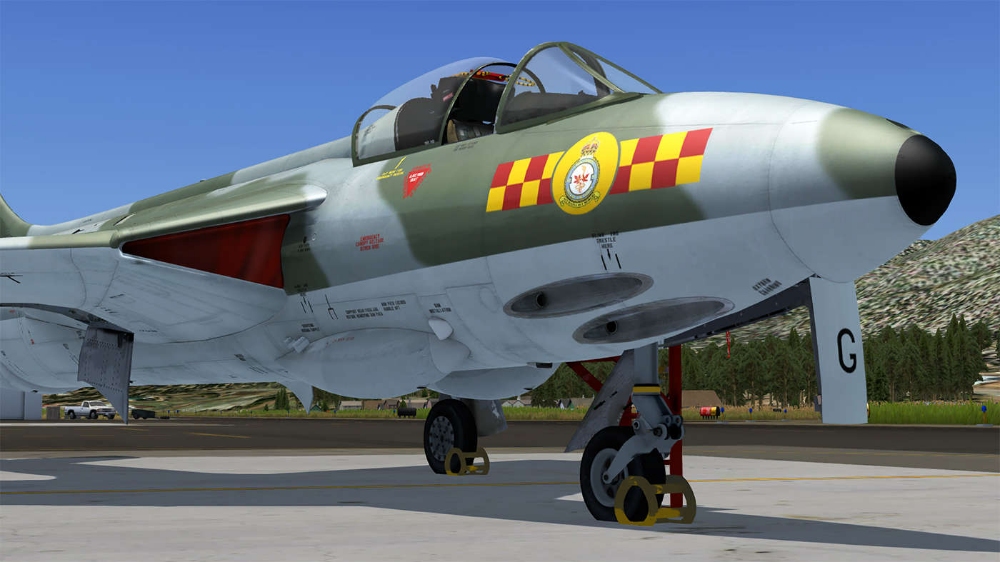 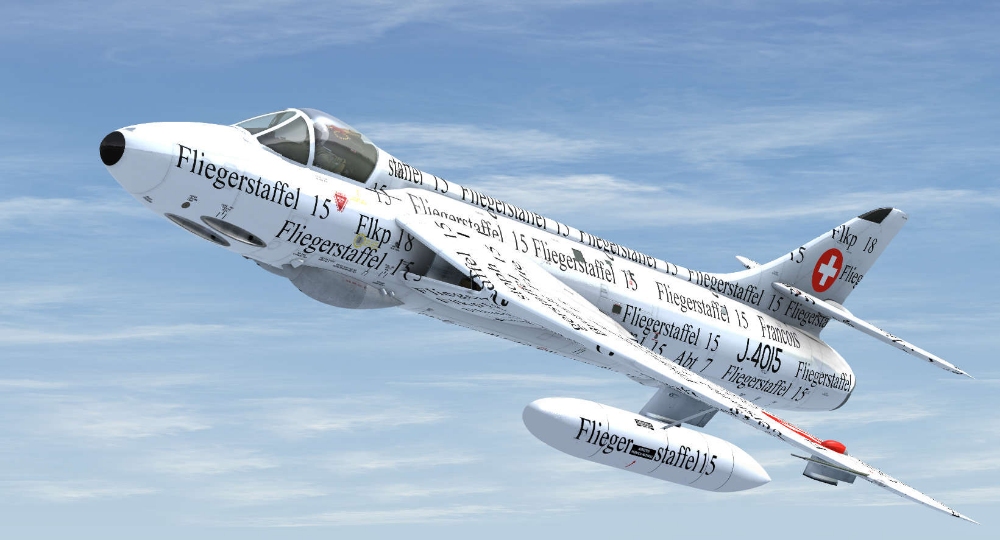 This FSX/P3D Hunter collection features the F.6 and the definitive FGA.9 ground attack fighter variant, modelled in great detail and each with their own Virtual Cockpit representative of the type as operated by the RAF.

The saying "If it looks right, it’ll fly right” certainly applies to the Hunter, with its graceful flowing lines and curves. The Hunter, which entered RAF service as an interceptor and was the first jet-engined aircraft designed by Hawker, was sold to air forces around the world, all of which were impressed by its outstanding performance and manoeuvrability. First flown in 1951, the last aircraft in military service only retired in 2014!

The Just Flight Hunter features the F.6 and the definitive machine, the FGA.9, modelled in great detail with multiple animations including the correct landing gear sequence, flap actions, airbrake, canopy and a realistic animated pilot. The detailed engine fan is visible through the intake mouths and the models include other highly detailed areas such as flap recesses and gear wells. Details such as boarding steps, wheel chocks, pre-flight flags, and Ground Power Unit are included.

There are two highly detailed virtual cockpits, one for the F.6 and the other for the FGA.9.

13 liveries are included, covering both British and overseas air forces.

Take a look at Greg McKenzie's cockpit panorama for a full 3D tour of the Hunter cockpit!

Colour PDF manual includes a tutorial on operation and handling of the aircraft.

A professional quality paint kit (331MB) is available to download.