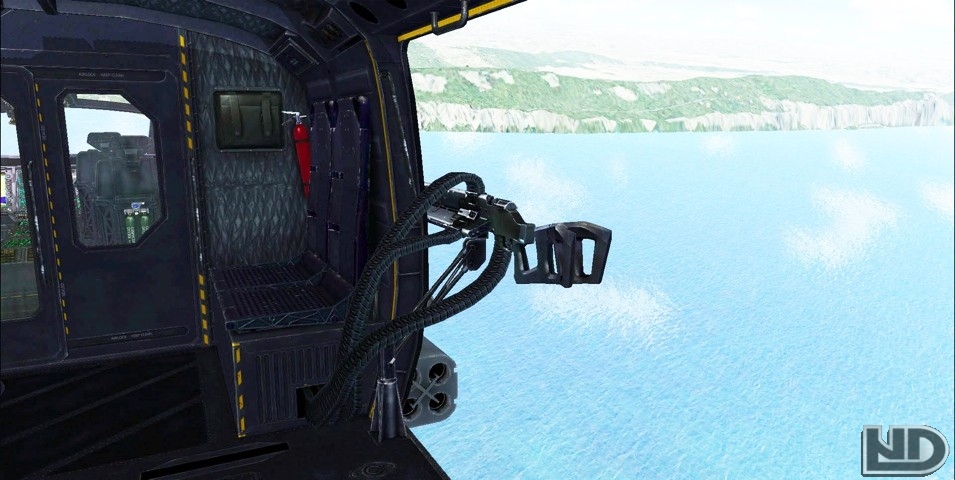 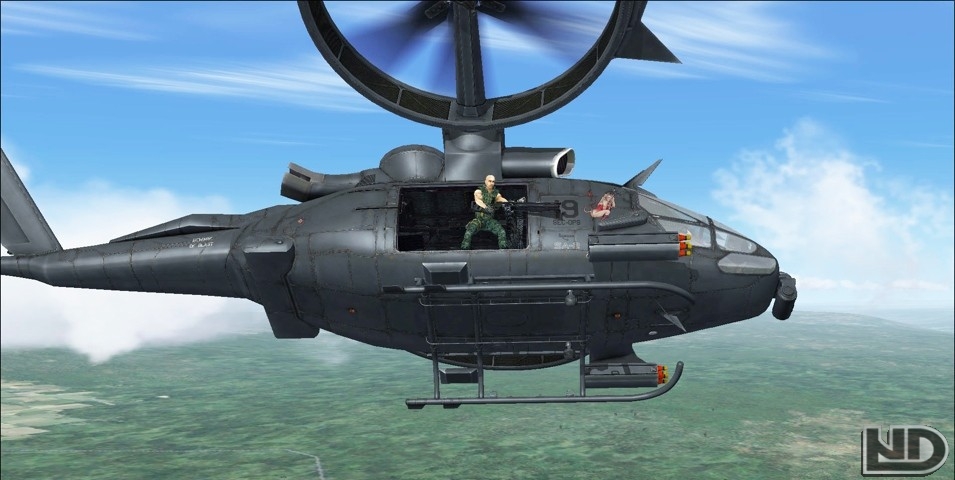 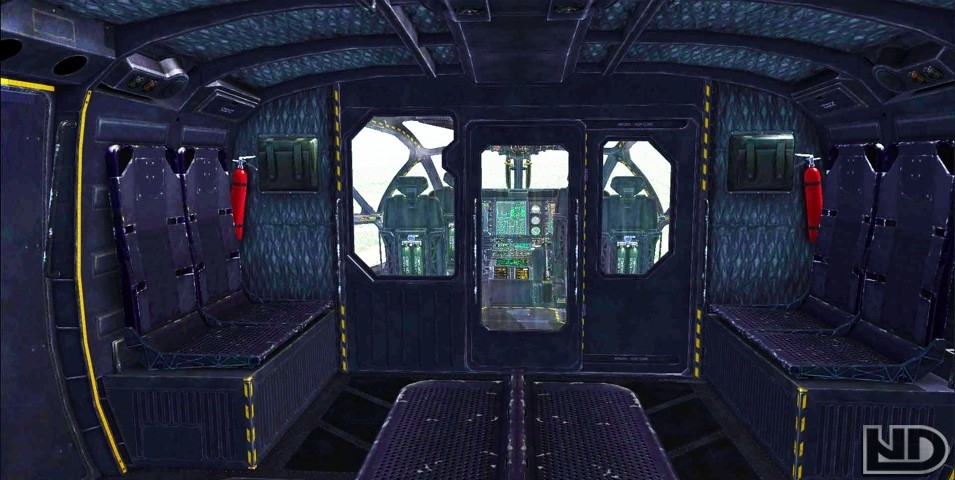 The Samson is a twin turbine, vertical take-off and landing (VTOL) ducted-rotor vehicle. It is designed to carry out mostly non-combat missions. It can be used to drop supplies and personnel at distant field sites. Its heavy-duty winch can lift portable lab modules. The aircraft features minimal armament for defensive purposes only, making it an easy target in a battle against weaponry. Its closed-rotor system and cutters on leading edges allow for safe operation in rainforests. The Samson has two stub wing pods, one on each side, that can fire either air-to-air or air-to-ground missiles. In addition there are two manually operated door guns, in either 50 or 30 caliber. The Samson is not designed as an attack aircraft, so it is not armored, although there is some composite armor in the pilot’s seats and the dual-layer canopy can withstand strikes from smaller firearms. The Hydra 50 caliber gun can be mounted on either side for manual operation, because of its grip configuration. The pedestal may be locked with pins to form a rigid mount for fixed-forward firing, controlled by the pilot.

The cockpit can be sealed from the outside atmosphere and gives seats for four personnel. Standard emergency equipment is the built in fire suppression system, portable fire extinguishers, emergency beacons, trauma medical kit. An onboard air generator supplies enough air for multiple repress cycles of the cockpit and the cabin separately, which allows personnel to move from the cockpit into the depressurized cabin through a pressure door or allows the crew to exit and re-enter the aircraft multiple times.

Typical operating configuration is cabin doors off during flight. All seats have four-point restraints, and the gunnery stations have safety lanyards to secure the gunners. The vehicle is typically piloted from the right seat, but has dual controls. Downward visibility is excellent, with big chin-bubbles and inward cambered lower door window, which is ideal for operations in hover. The maximum speed in normal operations is 145 knot. The Samson is capable of carrying long-line sling loads with a typical belly hook and winch arrangement.